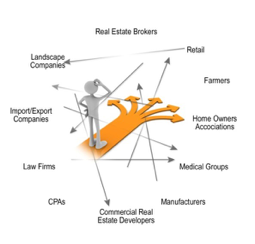 A healthy percentage of your lenders exceeded their annual production goals…by June 30th?

A healthy percentage of your lenders produced more than twice their annual sales goals annually without working any harder then they currently are working?

We’re not surprised by these results.  They are quite common for our clients.  We’re talking documented results!

Here’s the honest truth, the sales activities of the majority of lenders are inefficient and moderately effective.  Your lenders are simply working way too hard for what they produce.

And the problem isn’t interest rates, competition, or market conditions…it’s your lender’s outdated and antiquated marketing and sales approaches that are the problem!  They’ve been marketing bank products and services in exactly the same way for the past two to three decades.

It’s that simple…and good news…it’s not that difficult, time consuming or costly to correct.  The cost of the solution is pennies in comparison to the cost “under-performing” lenders have on bank profits.  Yes, your “A-players” are under-performing.

In my last blog, I promised I would show you the exact marketing plan your competitors are using to source new business.  How valuable would that be?  Incredibly valuable.

For over 16 years, my partner Lisa and I have been modernizing and honing the sales strategies of commercial lenders and affecting positive cultural change by helping their banks become more market driven.

As you can imagine, we’ve witnessed first-hand, how thousands of commercial lenders across the country market, sell and speak about their bank’s products and services.  Before I share your competitor’s marketing plan, I want to share six of the more striking marketing similarities among commercial lenders in every State:

The marketing and sales behaviors described above have existed in banking for over 30 years!  So without further ado, I promised I would show you your competitor’s marketing plans so here they are!

This is a visual representation of the marketing plans used by your competitor’s lenders.

But make no bones about it, the above diagram accurately depicts exactly how eight out of ten commercial lenders approach their markets.  Their marketing efforts lack an intelligent strategy and focus, and their sales efforts lack discernment, discipline and preparation.

Are there repercussions from such an unfocused, “red-ocean” approach to sales that rely too heavily on the efforts of “COIs” that with the best of intentions provide a lot of low to poor quality referrals?  Absolutely including but not limited to:

The honest truth is that the sales activities of the majority of your lenders are incredibly inefficient and marginally ineffective.  Your lenders are simply working way too hard for what they produce.

We’ve spent the past sixteen years showing commercial lenders of all experience levels how to be much more productive.

Here’s to your marketing and sales success!

Ray Adler, Founder and CEO of BTI Growth Advisors, breaks the mold by teaching clients how to change. With more than 25 years of senior-level consulting experience, Ray helps regional, business and community banks identify and implement the right strategic changes they need to evolve, hone and grow to the next level.