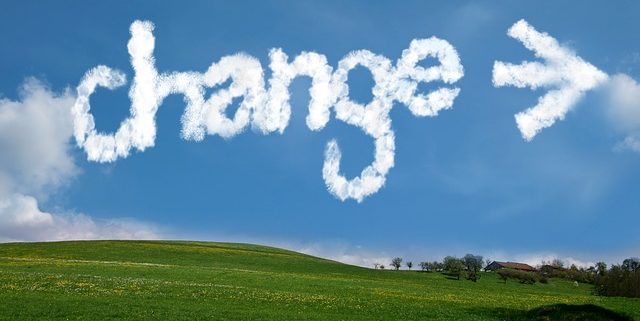 It’s no secret there is a lot of change in the air for the banking industry from new regulations, a marketplace being squeezed by a bevy of online lenders, and the most recent Fed hikes (which I will address in subsequent blogs). Obviously, this is outside change. My observation is that even with recent changes, bankers are still playing the same game they’ve been playing for decades.

Many bankers and board of directors appear to be digging in their heels and doing business as usual. To their credit, many are successful and have adopted the attitude of, “If it ain’t broke, don’t fix it.” That can only work for just so long.

My fear is that the banking industry is distracted by its own performance, driven in large part by demand. I believe this is a mistake ––one that could be costly on a number of levels.

To avoid the consequences of turning a blind eye over the changes that could seriously impact the industry, the fourth quarter is a great time to assess what needs to transform and evolve within the organization. Usually, it starts with the leadership first and then the entire staff.

Change Starts with You

Simply said: organizations don’t change, people change.  Executives and employees are the ones who change, and as a result, organizations evolve.  All too often, executives and employees become comfortable in their habitual ways of doing things and rigid in their thought processes. However, as the pace of change continues to quicken, having an organization that can adapt to changing environments is essential to remaining successful.  At every level of a bank, supervisors, managers, and executives must become a catalyst for evolution and innovation. They must develop their abilities to inspire employees to join in the endeavor.

Know What You’re Dealing With

Before changes like this can occur, however, we need to have organizational buy-in. When it comes to effective organizational change, think of a bell curve.  Imagine that the receptivity of employees to change in your bank were to be placed on the curve.  If there were 100 employees in your bank, here’s generally how your organization and employee population would break down:

As a manager, it is important to assess and “read” your team prior to, and during, a change initiative. At different times, employees can become more positive or more negative. This will largely depend on what they’re being asked to do and how difficult or easy the change is for them. Remember, change often brings up fears of “how is this going to affect me?” Employees often need to be managed and coached differently in order for them to feel comfortable changing their behavior.

Paving the Way for Transformation

Embracing change leads to evolution and transformation –– which in turn, I believe, paves the way for a viable future. The first step requires a change of mindset. That risk-adverse mindset thwarts change and inhibits innovation. For banks to change with the times, all those involved within the organization need to cultivate a mindset of innovation.

My invitation is for you to assess what changes need to occur and what might need to transpire for the organization to transform. Then be willing to take the lead to make it happen.

More on that in my next communication.

Ray Adler
How Many More Sales Opportunities Are You Going To Miss?

A Rising Rate Environment Isn’t All Bad!
Scroll to top