Culture Gets “Lip Service” In Most Banks

Authors of Diagnosing and Changing Organizational Culture, Kim S. Cameron and Robert Quinn have this to say about what truly forms an organization’s culture: “The reason organizational culture was ignored as an important factor in accounting for organizational performance is that it refers to the taken-for-granted values, underlying assumptions, expectations, collective memories, and definitions present in an organization.  It represents “how things are around here.  It reflects the prevailing ideology that people carry inside their heads.  It conveys a sense of identity to employees, provides unwritten, and often, unspoken guidelines for how to get along in the organization, and enhances the stability of the social system that they experience.”

The truth is, most of what actually forms a bank’s culture is taken-for-granted assumptions, unwritten and often unspoken guidelines for shaping employee behaviors. Wow! In such a highly-commoditized industry like banking, why would you ever allow one of the rare things that do differentiate one bank from another to be left in such a conceptual framework of understanding?

How is it that we can go into a Starbucks in any state — be it in a hotel lobby, airport or retail shopping center — and have the identical customer experience? How did they do that? Certainly, wasn’t luck! The reality is that Starbucks culture was designed and built over time to align with the founder’s vision for the brand. The culture is exactly the type of culture needed to attract and retain Starbucks loyal customers. It’s also the culture needed to differentiate Starbucks from its competitors.

Many executives don’t have the depth of understanding about what actually forms an organization’s culture. They also don’t realize there are four distinctly different types of cultures that exist in companies today:

The Clan Culture: This is a very family-like culture.

The Hierarchy Culture: This is a traditional corporate culture.

The Market Culture: This is a culture able to respond to changing market conditions.

The Adhocracy Culture: This is a culture that supports innovation. 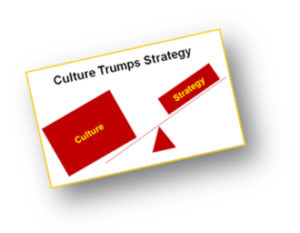 The fact is any competitor in your market can easily and quickly replicate your product mix and marketing strategies. So that’s not going to give you a competitive advantage. Clearly, service levels do differ among banks however the fact that three out of four bankers refer to themselves as “a relationship bank” only serves to further commoditize the industry.

One of the few things your competitors can’t readily replicate is your culture! That alone makes it something worth serious attention. The following are a couple examples of how we’ve helped banks define their current and ideal cultures. Once these have been defined, a bank has a clear roadmap of how the organization needs to evolve. On-boarding, performance management, and incentive compensation structures can all be evolved to help a bank preserve the part of their culture that has gotten them to their current level of success while making the changes needed to better ensure the bank’s success in the future. The same holds true for banks acquiring or merging.

Well-known brands like Disney, Southwest Airlines, Harley Davidson, Ritz Carlton and Starbucks know exactly how important their cultures are to their positioning in the market and their ability to attract and retain loyal customers.

Isn’t it time banks start taking steps to define and align their cultures too? 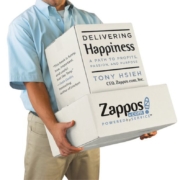 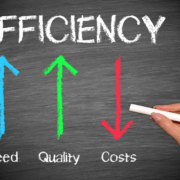 Driving Efficiency Throughout Your Sales Process 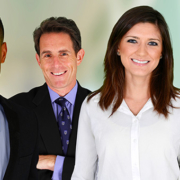 The Secret of the Top 10% of Sales Reps